God’s Providence & a New Board Member 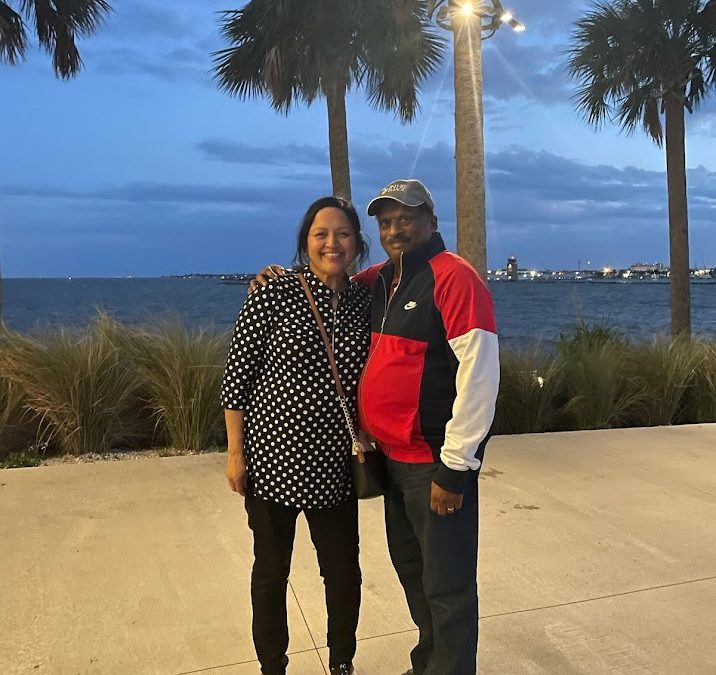 Dr. Raj Selladurai is the newest member of the Agape Asia board of directors. Raj grew up in Bangalore, India where he knew an American Christian named Gary Walker who lived on his street. Raj’s father and Gary worked together on evangelistic missions. When Raj was still a boy, Ray Hooper (an Agape Asia staff member) was making his very first trip to India, at the invitation of Gary Walker. Ray eventually worked in India for over forty years, but for that first trip he hesitantly agreed to go and stay at Gary’s home in Bangalore.

A few weeks ago at an introductory meeting of Raj to the Agape Asia board of directors, Raj mentioned that Gary Walker first suggested that Raj attend Abilene Christian University in the US. Ray Hooper quickly realized that Gary Walker was the one who first invited him to Bangalore. Raj and Ray had never spoken or even heard of each other before this board meeting, but over forty years ago they were staying on the same street in Bangalore. Now many years later, God providentially worked to reconnect the two through the work of Agape Asia!

Now many years later, God providentially worked to reconnect the two through the work of Agape Asia!

Raj was raised in a Christian family. He and Rebecca, his next door neighbor, fell in love with each other. She was a Hindu at the time and had no interest in Christianity, but was willing to accept Raj as he was. But Raj kept impressing on her the virtues of God and she eventually realized, “I was worshipping everything that God had made, and I knew it was time to become a Christian and worship God the One true God, the creator of all things.” Raj came to the US in 1981 to attend graduate school at Abilene Christian University and met a new friend named Graham Sweeney. He went back to Bangalore the next year, and he and Rebecca got married in 1982.

In 2019, the Lord providentially reconnected Graham with his old friend Raj, and their friendship was rekindled. At the time of their re-connection Graham was the president of the board of directors for Agape Asia and was looking for volunteers to be on our Advisory Board.

Raj came with great credentials in Christian service, education, business and networking. Currently he is a business professor at Indiana University Northwest. Raj and Rebecca reside in Schereville, Indiana.

Join us in wishing our partners in Asia a happy Lu

Today we celebrate another young life saved in Chi

This month join us in praying over Agape's childre